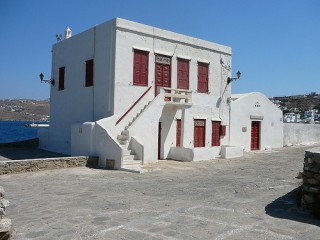 The beneficial to the public institution "Mykonian Folklore Collection" was founded by Professor Vasilios Kyriazopoulos on May 1958. The museum is situated at Castro, in a 18th century building. In there, are exposed museum articles sorted by subject.

Cycladic sculptures and lighting devices ranging from the ancient oil to the kerosene lamp.

Around the "Mermelechas well"- a known pirate there are large and small traditional Aegean ship models, cannons and pictures of old Mykonian sailing and steamships.

The Agricultural Museum is situated at Ano Mili (Up Windmills) in the town of Mykonos. It is a branch of the Folklore Museum and hosts installations for the processing agricultural products on the island before industrialization. The large "Bonis" -after the captain- windmill, which dates since 16th century is a listed building, a traditional threshing-floor and a village style oven, the wine-press, a water wheel, a stone water tank, dovecote, pigsty, the miller"s house and two little twin churches. There is also a collection of old agricultural tools and machinery. The museum is open from June till 30th September, between 16:00-20:00 daily. Telephone : (+30) 22890 22591-22748. No admission charge. 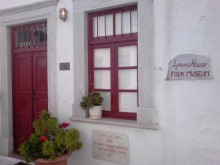 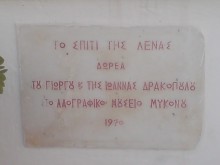 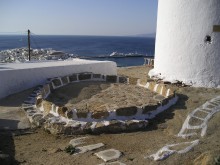 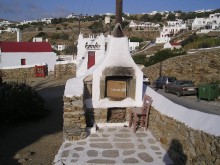 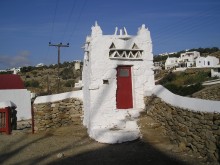 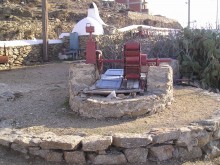 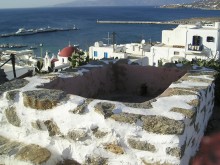