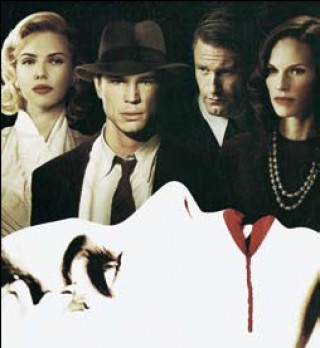 Two cops, Blucky and his partner Lee who are in love with the same woman, investigate the death of Elisabeth´s Short, a young woman found brutally murdered. During the investigation, Blucky meets and falls in live with Madlen who had ties to the deceased and soon after that he begins uncovering corruption and conspiracy within the police department.

This film is an adaptation of James Ellroy´s novel about the tragic murder of Elisabeth Short, one of the most shoking crimes recorded in the police history of which the killer was never found. De Palma uses film noir that represents the most profane expression of the "American hero" to convey his own version in a top scandal of criminality.