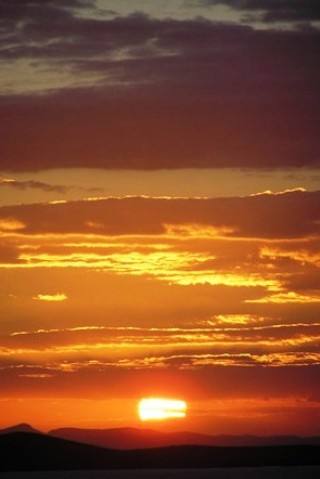 The Moon Rise and Set hours from Mykonos

The Climate of Mykonos Island Greece

Mykonos destination offers sunshine and heat in the summer and a cool climate in the winter.  Rain is usually not a problem.

The warmest month of the year is  July and then August with less daily high temperatures. The night-time temperatures during these months will drop  providing a good sleeping.  The coolest months of the year are January and February, during which time the daily high temperatures will be in the upper 17 C and lower 7 C.  The night-time temperatures during these months will drop to the 3, with freezing temperatures occasionally being reached.
Mykonos is a dry island, and rain dont last all day . The wettest month of the year is February, but even during this time there is much sunshine to be enjoyed. MYKONOS has more than 300 days full sunshine per year, which means that most people visiting Mykonos go home tanned and happy.
Wind may be a major issue. Even during the summer seasons we do have heavy winds. 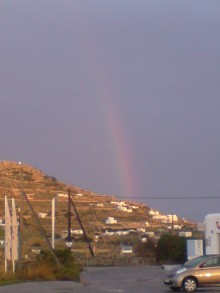 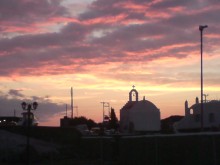 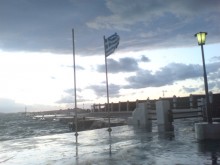 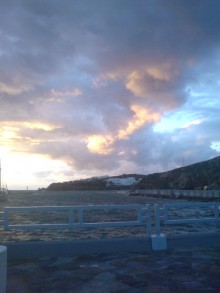 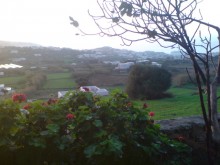 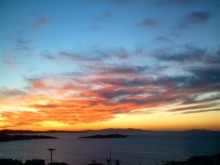 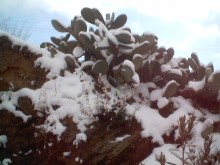 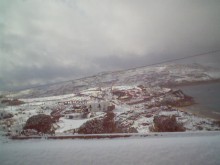 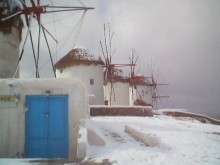 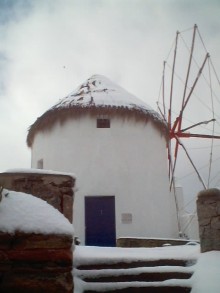 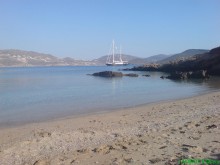 The municipal Enterprise of Cultural Projection and Growth of Mykonos